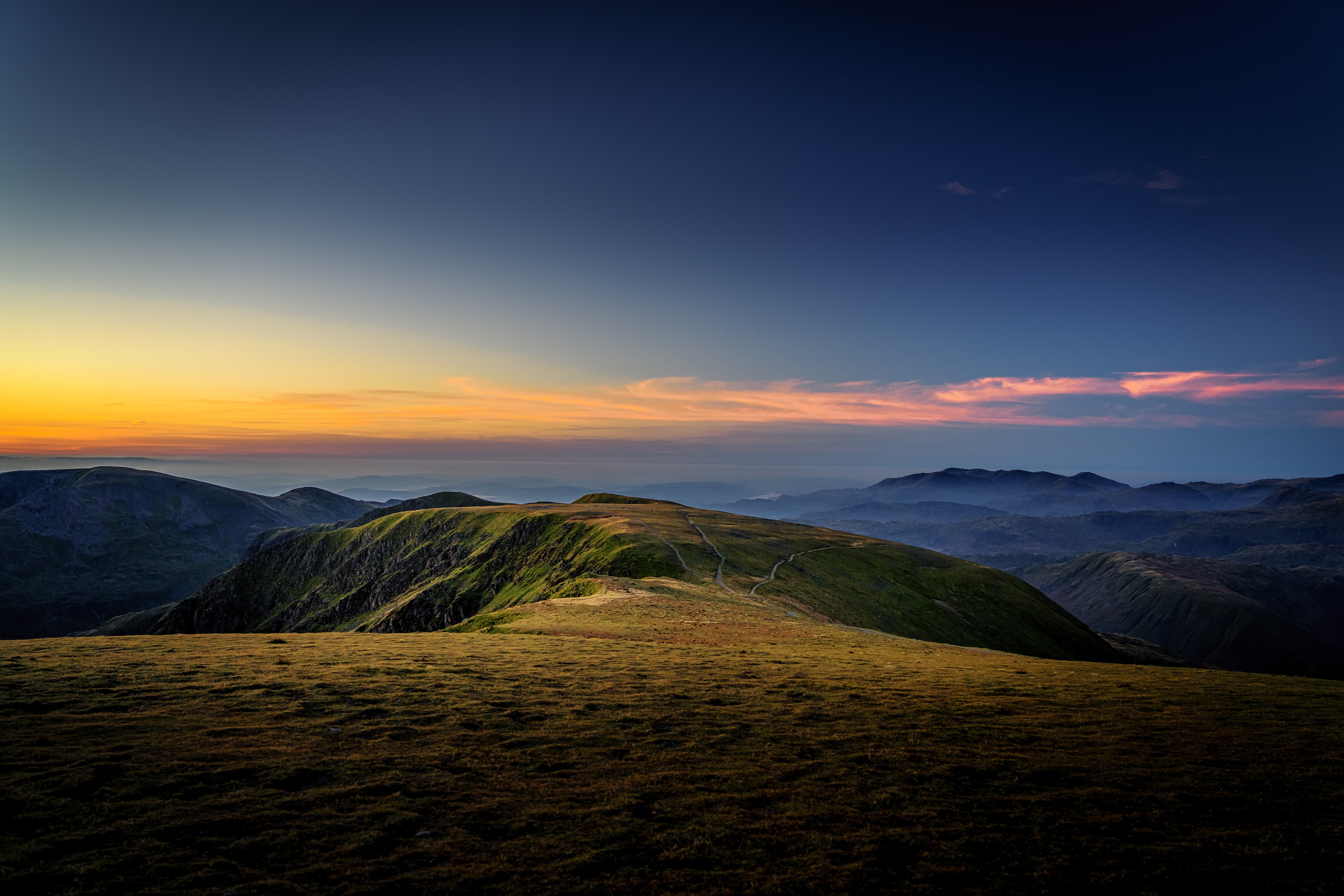 Tucked away in an otherwise inconspicuous place, in Numbers chapter 6, we find one of the great poems in all the Bible. There God instructs Moses to speak to Aaron (his brother and Israel’s high priest) and his sons, saying, “Thus you shall bless the people of Israel: you shall say to them . . .” (verse 23).

Then follows what we now know as the great “Aaronic blessing,” not only one of Scripture’s best-known verses but also one of its oldest. Many Christians today are familiar with it from songs and benedictions in corporate worship that echo it still. In fact, some of us are so familiar with the blessing that it’s easy to take its content for granted, and miss what it really means.

Whether it’s new or old to you, consider what makes this blessing so great and why it assumed such a place in Israel — at the close of the morning service each day — and why it’s come to have such a place in the church age as well.

To begin with, the three lines of the blessing evidence careful, poetic crafting. The first line (“The Lord bless you and keep you,” verse 24) is three words in Hebrew. Then line two is five (“the Lord make his face to shine upon you and be gracious to you,” verse 25), and line three, seven (“the Lord lift up his countenance upon you and give you peace,” verse 26). Each line increases by two words. And also by two syllables (twelve in the first, then fourteen, then sixteen). The number of Hebrew consonants steadily builds as well (by five), from fifteen to twenty to twenty-five.

Most conspicuous of all is the repetition of God’s covenant name, Yahweh, which here, and six thousand more times in the Old Testament, is represented by “the LORD” in all caps in English. The threefold repetition — the Lord, the Lord, the Lord — emphasizes him as the source and focus of the blessing.

Each line begins with God’s name, and is followed by two verbs. The first line (verse 24) captures the heart and sum: “The Lord bless you and keep you.” Then line two (verse 25) expands bless, while line three (verse 26) expands keep. The sequence of two verbs in lines two and three shows God’s movement toward his people, and the result.

Bless: His Face Shines with Grace

What would the ancient Israelites have assumed this “blessing” from God would include? This may be the single most important question we can ask about this poem. How spiritual and eternal and divine were the hopes of the people? How many would be content with merely physical, temporal, material blessings?

Perhaps no place sums up better than Leviticus 26 how multifaceted their Lord’s blessing would have been in their minds. Included would be the earthly and temporal, which God did not begrudge: rains, harvest, and produce (Leviticus 26:3–5), peace in the land and victory in battle (verses 6–8), being fruitful and multiplying through offspring (verse 9), and storehouses of resources (verse 10). However, we should be careful not to sell God’s ancient people short on the fullness of what they longed for in his blessing. The culminating blessing — that which was most important — was God’s own presence, God himself:

I will make my dwelling among you, and my soul shall not abhor you. And I will walk among you and will be your God, and you shall be my people. (Leviticus 26:11–12)

So too for us today in the church age. Temporal supplies, earthly peace, and human offspring are not unholy, irrelevant, or insignificant. They can be precious gifts, expressions of God’s fatherly favor. But they are not the heart of the blessing. In fact, they can be taken away, not as the removal of God’s blessing but even as the very expression of it. The center and apex of God’s blessing, however, is the presence and person of God himself.

Line two (Numbers 6:25), we noted, expands God’s action to bless his people. “Make his face to shine upon you,” then, pictures God’s movement toward his people in his goodness, seeking them out with his favor, to be gracious to them.

Keep: His Face Turns for Peace

The third and final and longest line (Numbers 6:26) then expands God’s action to keep his people. “Lift up his countenance upon you” pictures God’s guarding and protecting his own, taking notice of them and paying attention to them, giving and preserving their peace.

Psalm 121 ends with an echo of the Aaronic blessing, and in particular God’s keeping his people:

We all have witnessed those who started well but did not finish. They tasted blessing, so it seemed, but they did not endure. They were not kept. And here the blessing invokes not only God’s giving but also his guarding. Not just his provision but his protection.

The blessing ends with an emphasis on “peace.” The divine name is repeated three times, and the lines build in length, and it all culminates with this Hebrew word shalom, which expresses “peace” in a fuller and more holistic sense than we may be used to today. This peace is not simply the ceasing of war, but total well-being, full flourishing. It is a fitting conclusion to what it will indeed mean for us to be blessed and kept by God himself: true peace.

Put My Name on the People

Finally, then, after the poem, God says to Moses in verse 27, “So shall [the priests] put my name upon the people of Israel, and I will bless them.”

Through the pronouncing of this sacred blessing, God says, he “puts his name” on his people. He identifies them as his own. They belong to him. They know it, and so will the surrounding nations. They are his people and represent him in the world. They image him. They bear his name. Which is a weighty and wonderful task — weighty because they carry God’s holy name on them in an unholy world.

Much is at stake in bearing God’s name. They dare not do so in vain (Exodus 20:7). And yet so also, in God’s own name being put upon him, they position themselves in the best of all places. This God will not give his glory to another, nor will he forsake his people, for his own name’s sake. In other words, God’s zeal for his name, for his glory, is the bedrock of this great blessing. He will be true to himself as is only righteous for God.

And if we missed it in the threefold repletion of his name — the Lord, the Lord, the Lord — at the head of each line in the blessing, he ends verse 27 with an emphatic I: “I will bless them.” The blessing is secondary. The bottom line is the Blesser. The Keeper. The Lord.

For Christians today, we come across the apostles’ three-word summary of the Aaronic blessing every time we pick up an epistle from Paul or Peter: grace and peace. The exact language, from letter to letter, is surprisingly consistent, with some minor variations: “Grace to you and peace from God our Father and the Lord Jesus Christ.”

We now know this great covenant God in Jesus Christ, and as Jesus Christ. And in him, we now know God as our Father. We have seen and tasted grace in far more definition and depth than God’s first-covenant people. In Christ, “the grace of God has appeared” (Titus 2:11). And now, in Christ, we have seen the full extent of peace — “for he himself is our peace” (Ephesians 2:14). 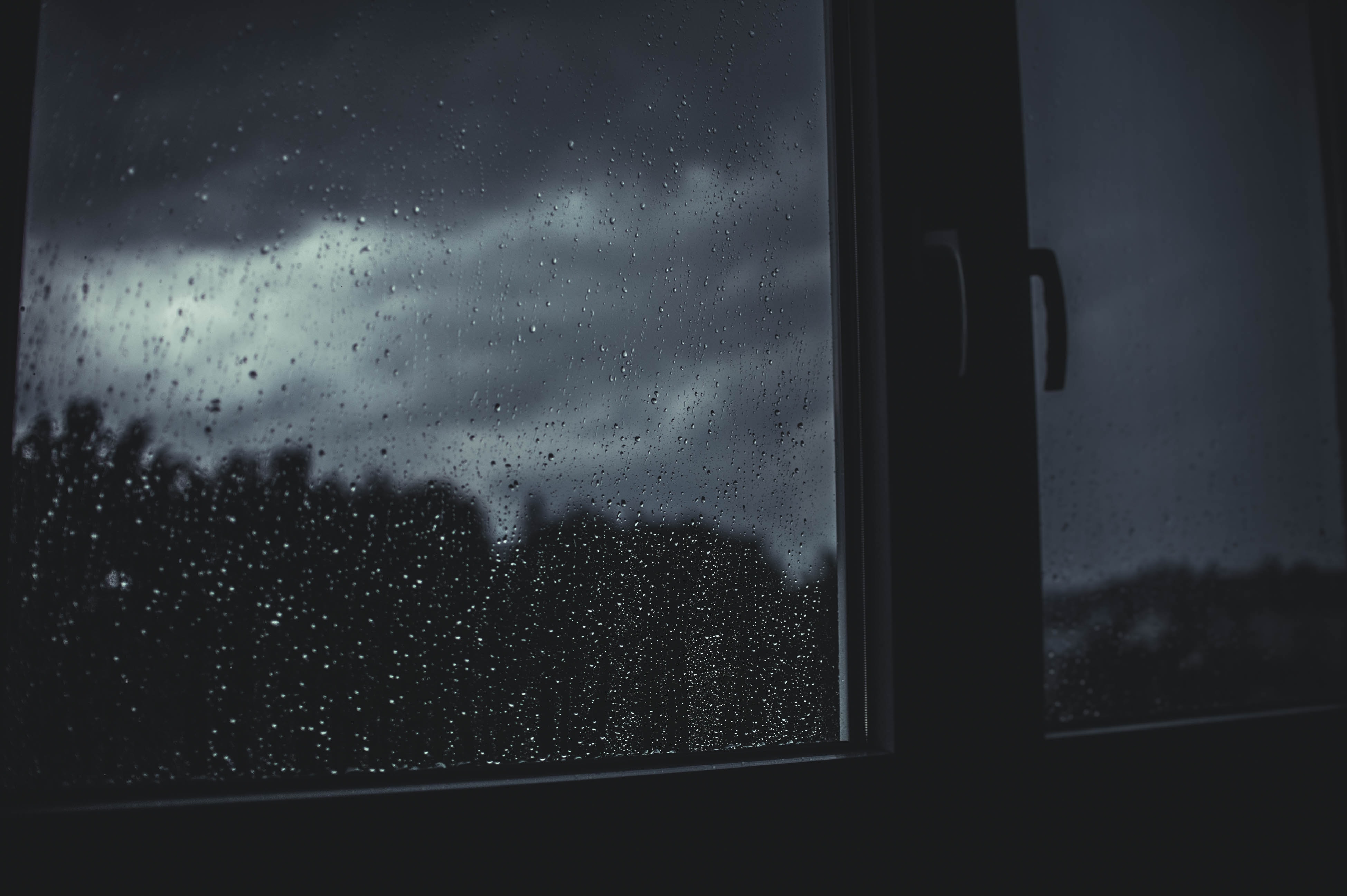 Why You Should Call Yourself Well Every Day 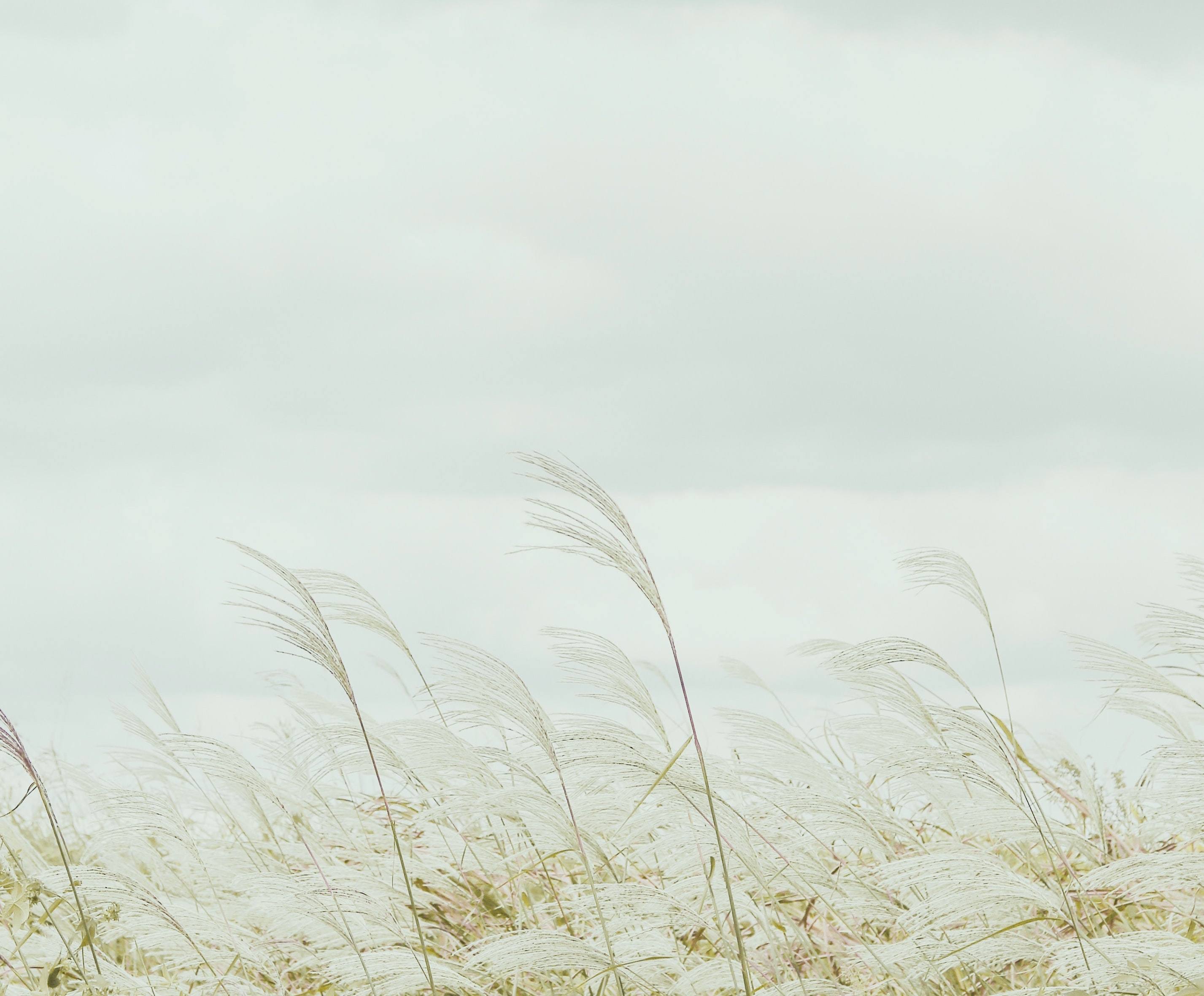 Anxious About Nothing: How the Promises of God Calm Our Fears

Why Did God Create Us? How Does Providence Make You Feel? 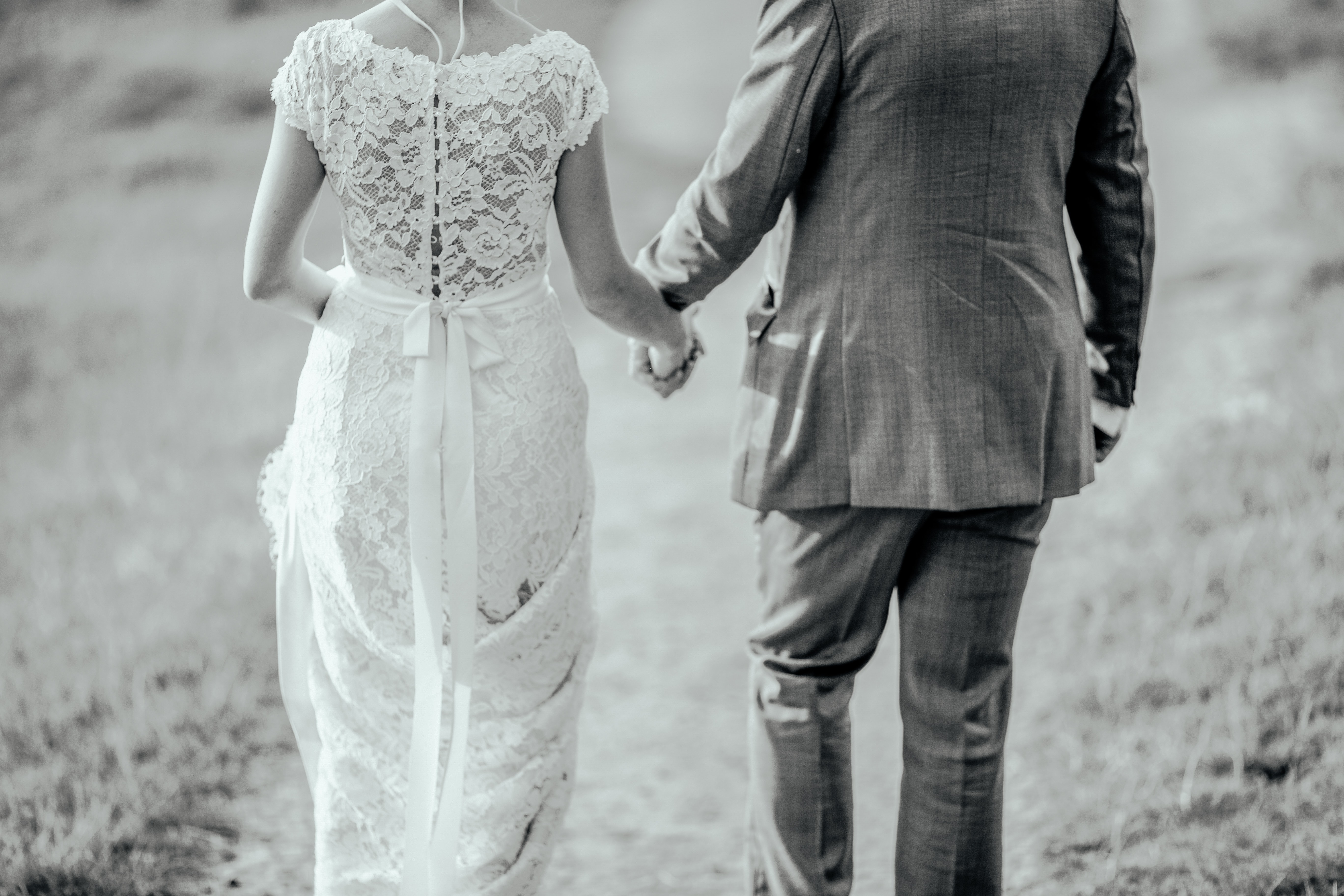 Lean into the Hill: A Runner’s Lesson for the Christian Life

Am I Too Hard on Myself? 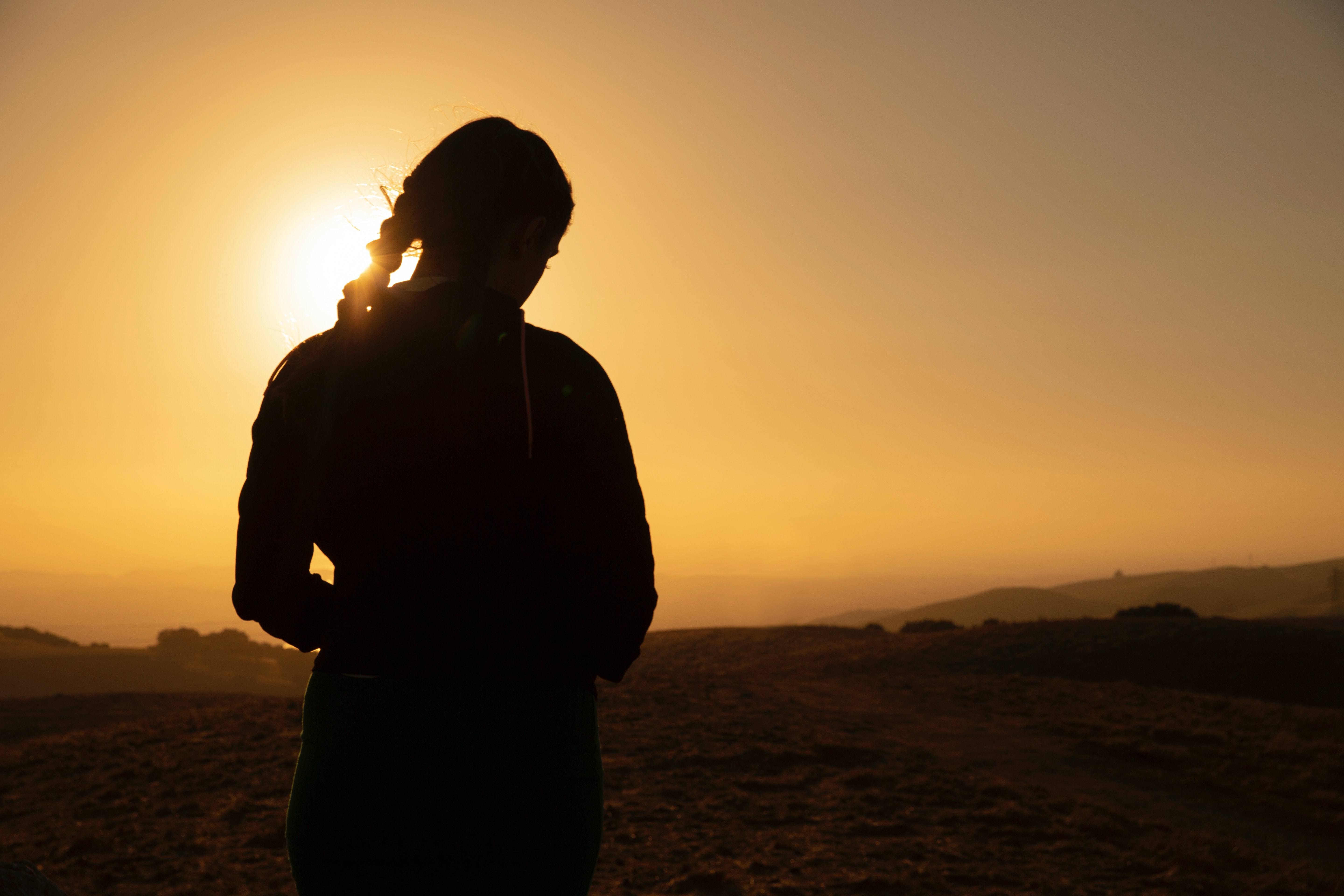 The Land That Turns Women into Ostriches Will You Wake Up a Christian Tomorrow?

Trembling at Sin, Marveling at Grace 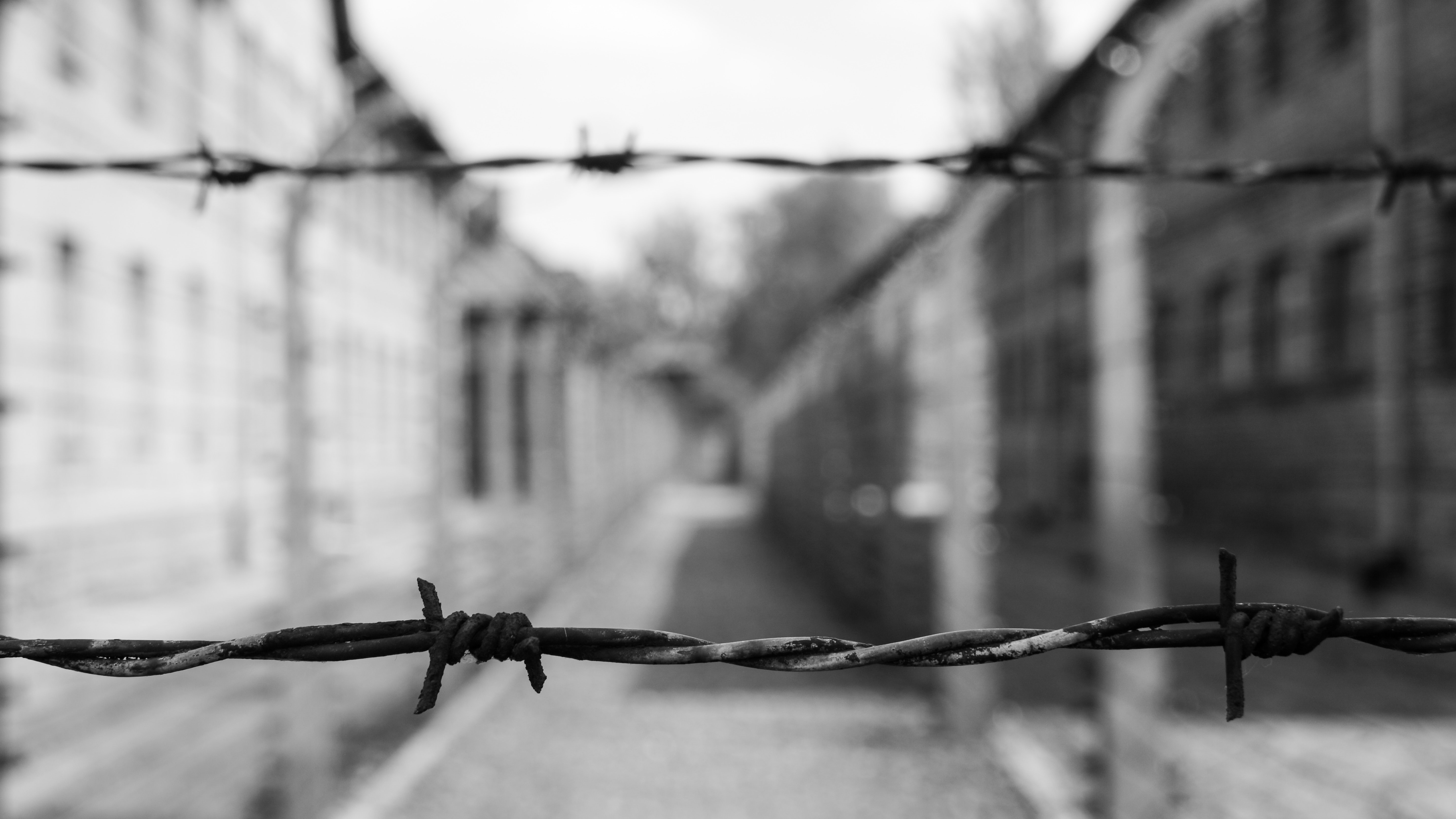 Remember Our Chains: The State of the Persecuted Church 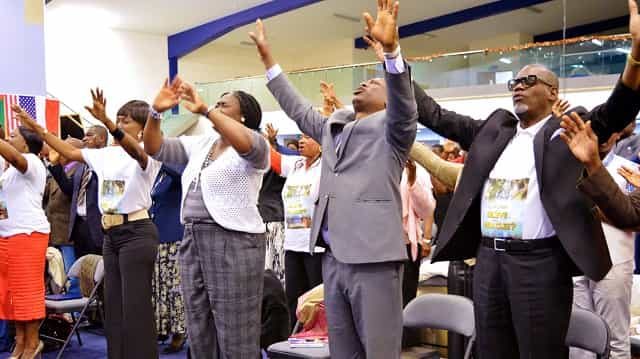 God’s Word Removes All Darkness From Your Life 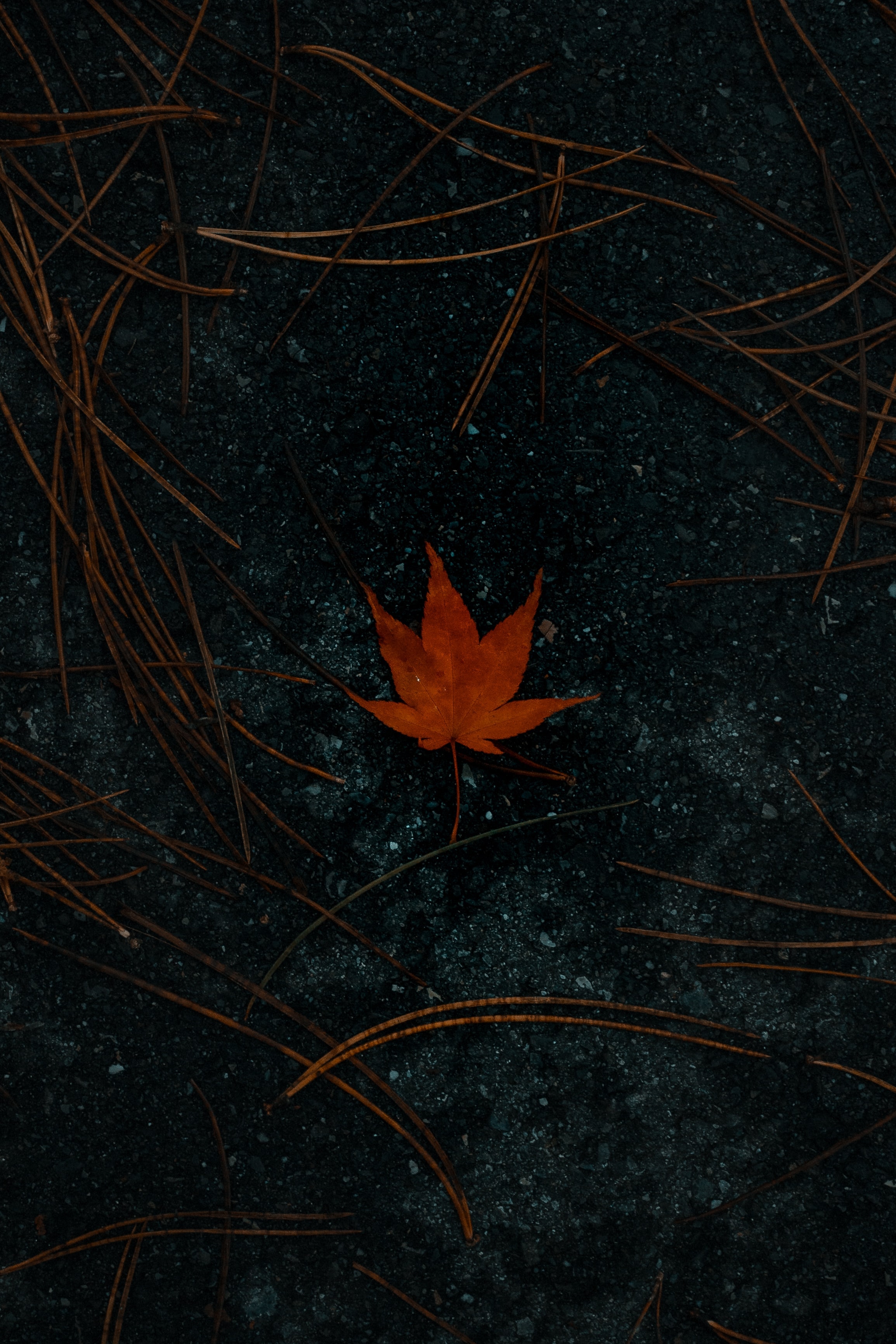 Has God Withheld Good from Me?

Martin Luther King and His Partner in the Cause 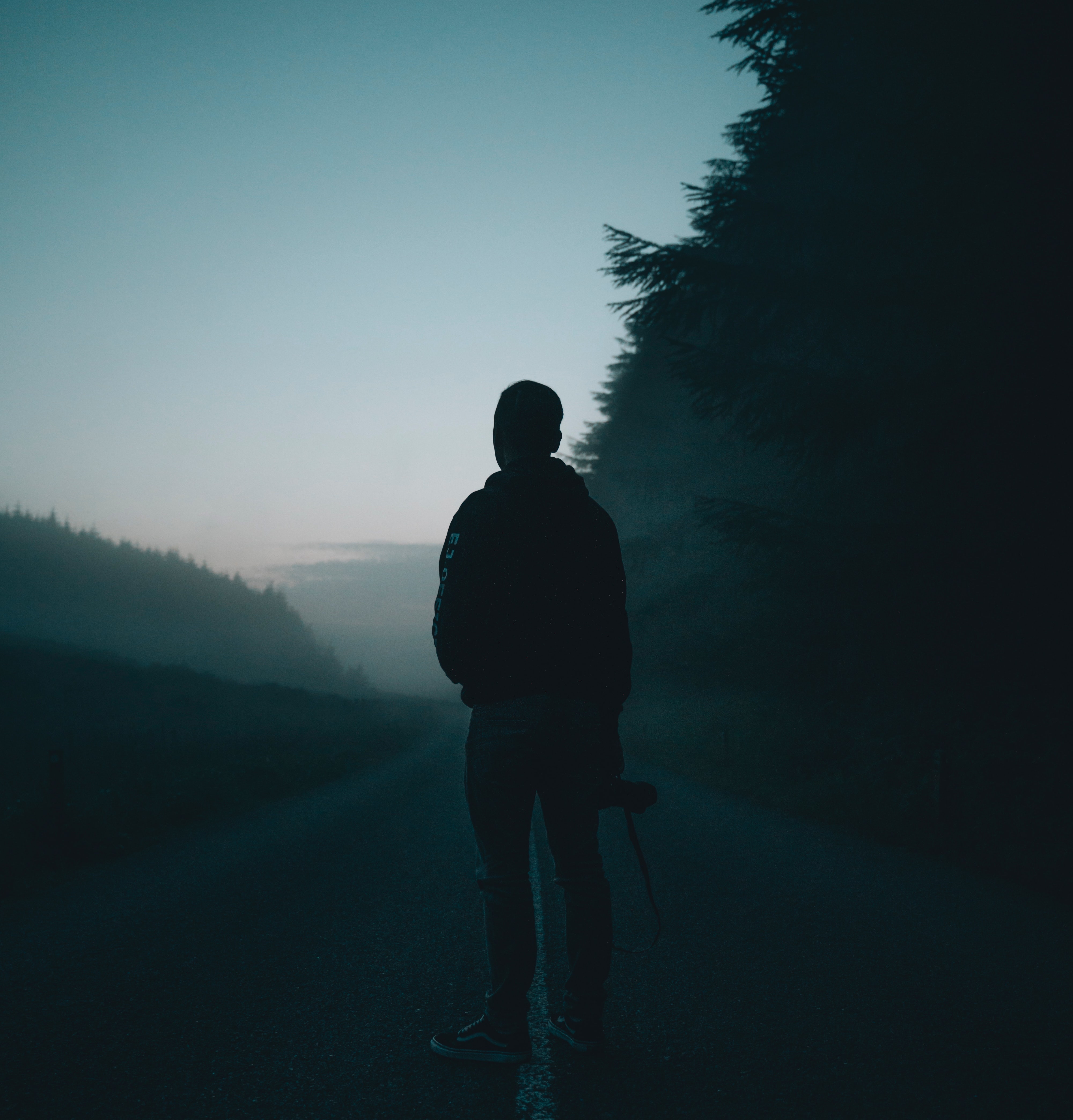 Tempted and Unarmed: Why We Need the Armor of God

Faith That Satisfies — and Saves: What It Means to Come to Jesus 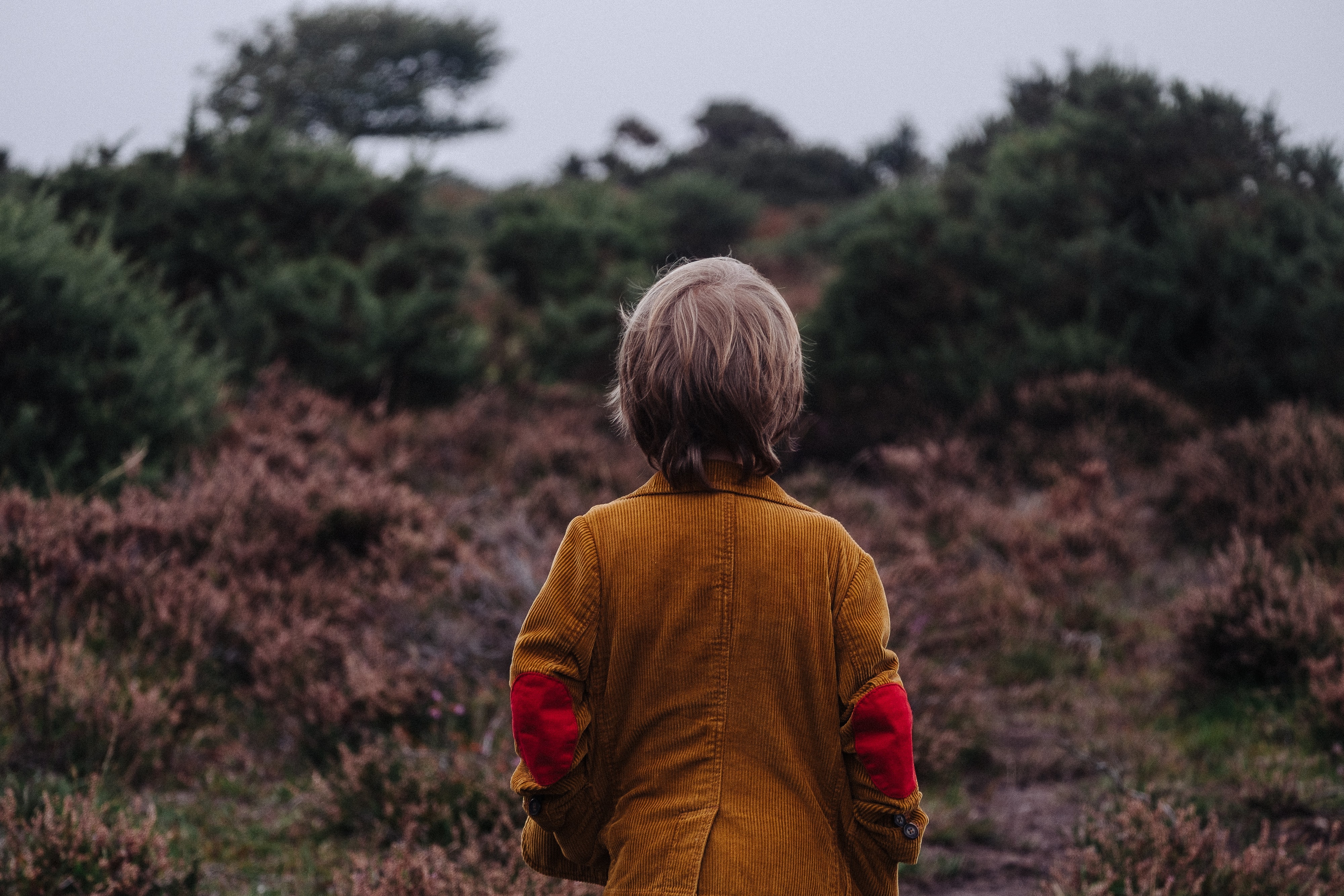 How Do I Explain the Trinity to Children?